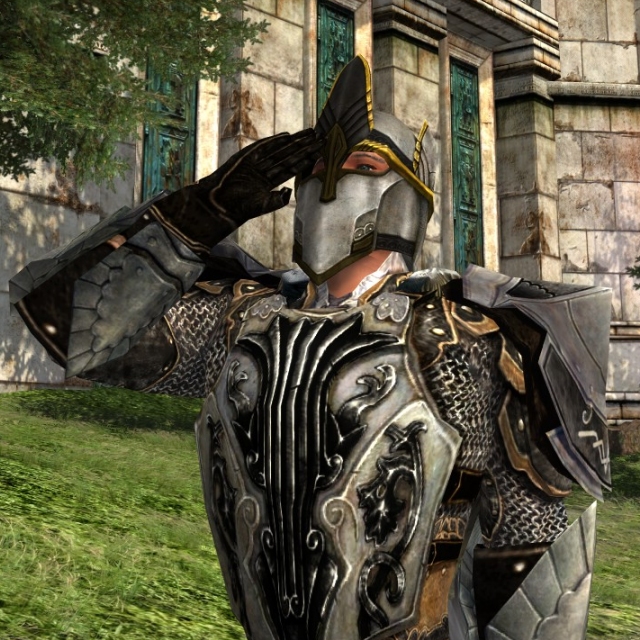 Gondor was a proud nation, home of the exiled Faithful of Númenor, and greatest of the realms of Men in the Third Age. White and sable were often used in the livery of Gondor because the royal standard of the realm was a white tree crowned with seven white stars, all on a field of sable. The tree reperesented the White Tree brought  to Middle-earth by Isildur from Númenor, and the stars represented the seven palantíri given to the Númenóreans by the Elves of Valinor. Another motif frequently used in Gondor’s heraldry was the wings of sea-birds; these were emblematic of the the Elendili (“Elf-friends”) who escaped the destruction of Númenor. 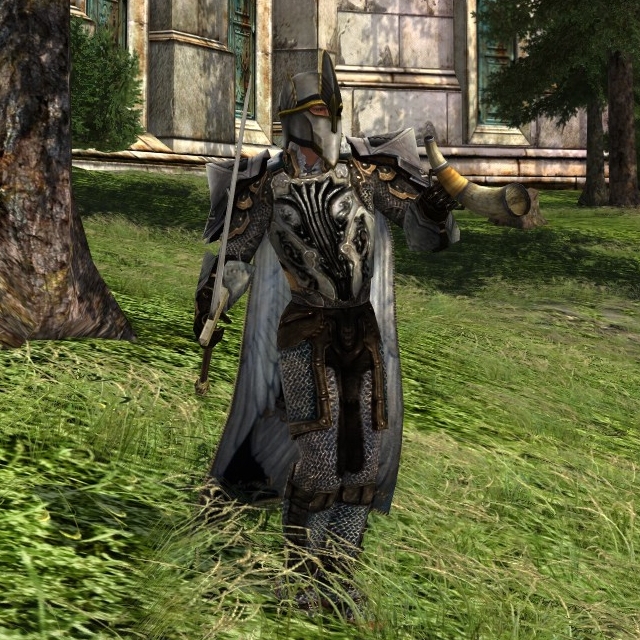 This captain of Gondor is girt for battle in the livery and colours of the realm, perhaps ready to defend the crossing of Anduin at Osgiliath or at Cair Andros. He wears shining mail reinforced with an embossed steel breastplate and imposing pauldrons. His vambraces show the sea-bird wing motif of Gondor’s heraldry, as do his finely-embroidered cloak and gold-trimmed helm. He must be of high rank or noble lineage, for the style of his helm is reminiscent of a war-crown. 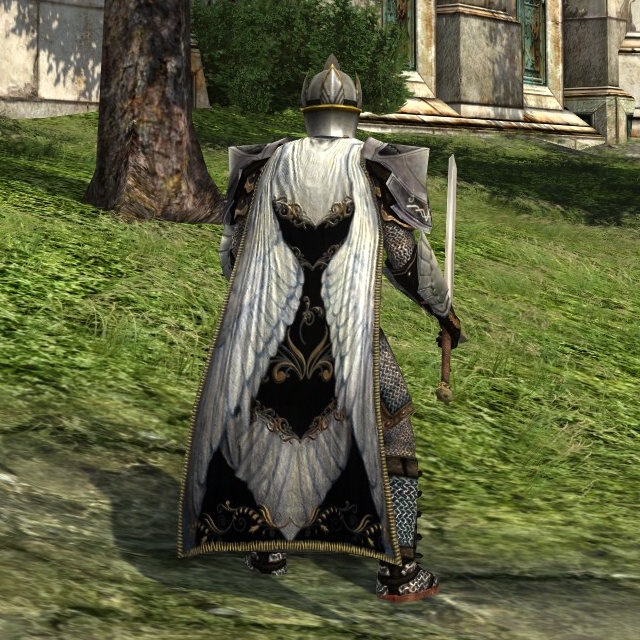 I think everyone who has got their hands on this helm (once very rare but lately much more common) has done some variation of this outfit, so this is hardly something groundbreaking — just my take on a popular theme! I wanted to put this together after finding these interesting and bulky shoulders. When seeing the versions of this look done by other people, I often think that finding something appropriate for the legs is one of the toughest aspects of this outfit, probably because the Westernesse-style crafted heavy leggings simply don’t dye very solidly. Ultimately, I think the simplest solution is the most satisfying here — plain old crafted mail leggings and boots. 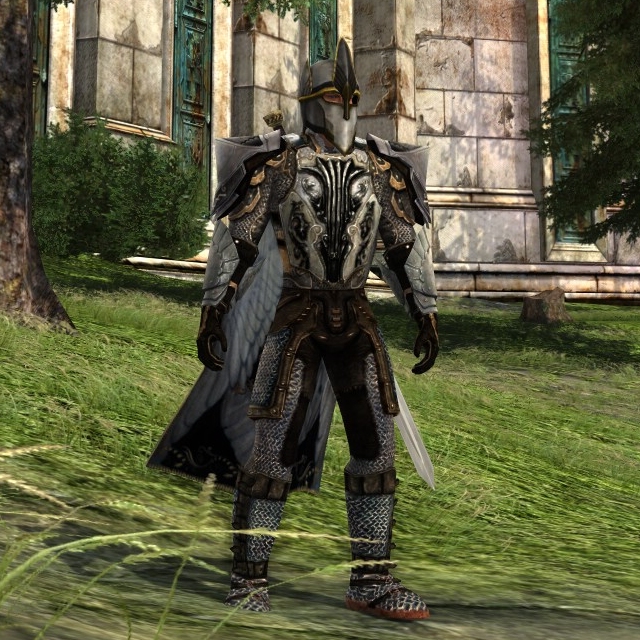 15 Responses to Captain of Gondor