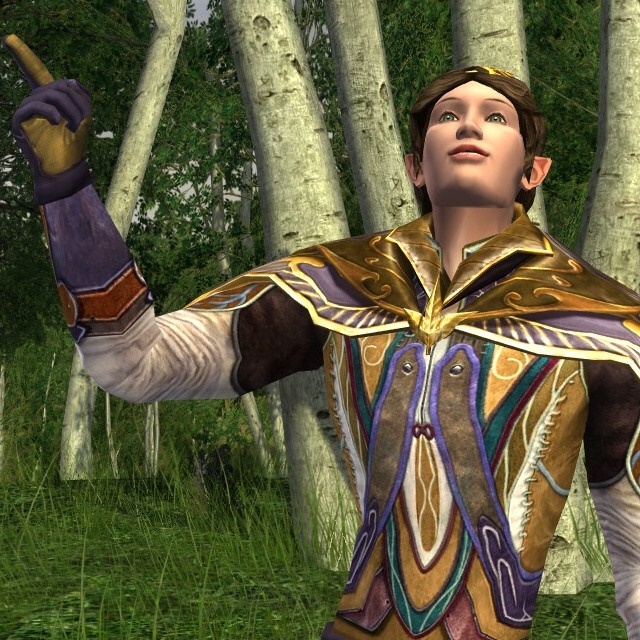 The Elves are often thought of as a noble and serious folk, but in The Hobbit, when the company arrives in Rivendell, we meet some very merry, lighthearted Elves. They greet Thorin and Co. with a good deal of silly singing, a portion of which is:

O! What are you doing,
And where are you going?
Your ponies need shoeing!
The river is flowing!
O! tra-la-la-lally
here down in the valley!

They were probably Silvan Elves, also known as Wood-elves, perhaps visitors to Rivendell, and they seem to be much more jolly than their high-minded Noldorin and Sindarin cousins. One could sometimes meet Wood-elves in the evening, even in the Woody End of the Shire. And, as Bilbo noted, their singing is not to be missed, in June under the stars. 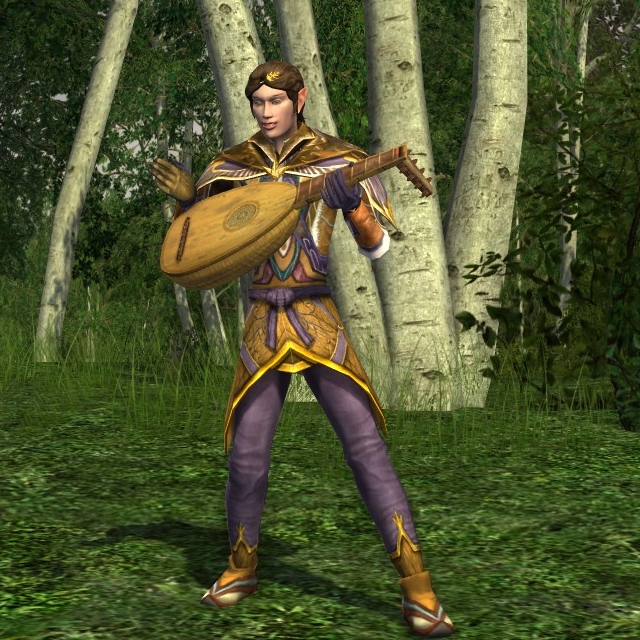 This merry Wood-elf sings and dances on a warm afternoon in the Woody End, to the delight of any Hobbits who may stumble upon his camp. His clothing is colourful and fancifully styled, and his elaborate mantle is clasped with a golden leaf-pin. A similar ornament adorns his hair. His light shoes, complete with upturned toes, are just the thing for dancing to a lively tune, and of course he carries a lute to accompany his vocals. 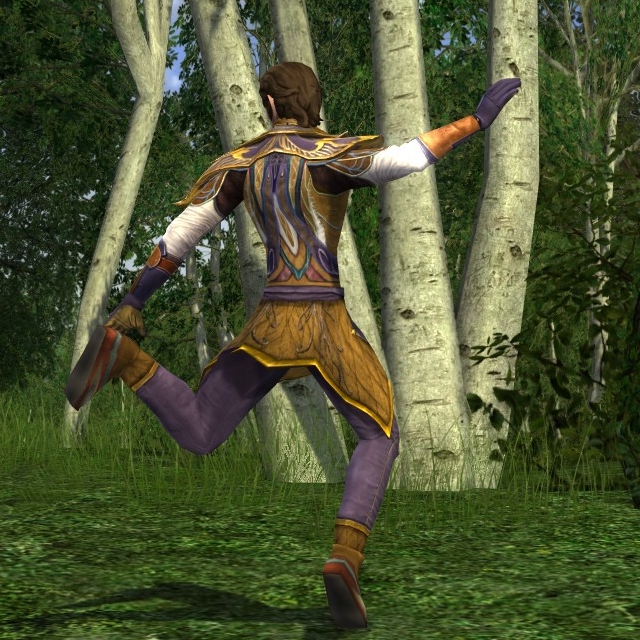 I was inspired to create this outfit by the shoes. I have to say that I love the “pointy elven shoes”, and the colours in this particular pair were so interesting that I knew an outfit would form around them! Throw in a few whimsical pieces of elf-style clothing (including one of the most oddly-coloured chest pieces in the game) and you have the makings of a merry elven minstrel! 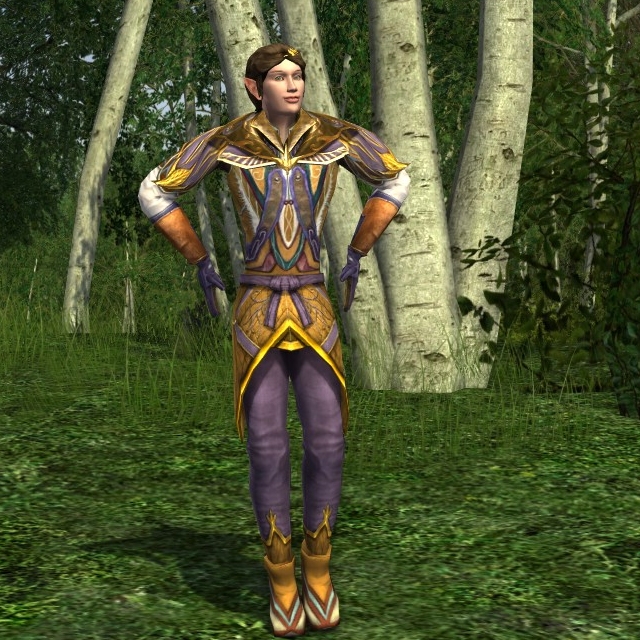 Tips: The shoulders in this outfit have the same appearance as the Shoulders of the Lady’s Grace (bartered — Caras Galadhon Minstrel trainer). If you wanted to add an appropriate hat, the Songmaster’s Hat (bartered — Ost Galadh Minstrel trainer) would be a natural fit, or you could try something funny like the Riddle-master’s Hat (quest reward — Trollshaws [36] The Riddle-finder). The leggings  and shoes share the same appearance as the ones from the Lothlórien light armour set (crafted — tailor T6/Galadhrim reputation), as well as the ones from the other level 60 Mines of Moria instance cluster light armour sets.