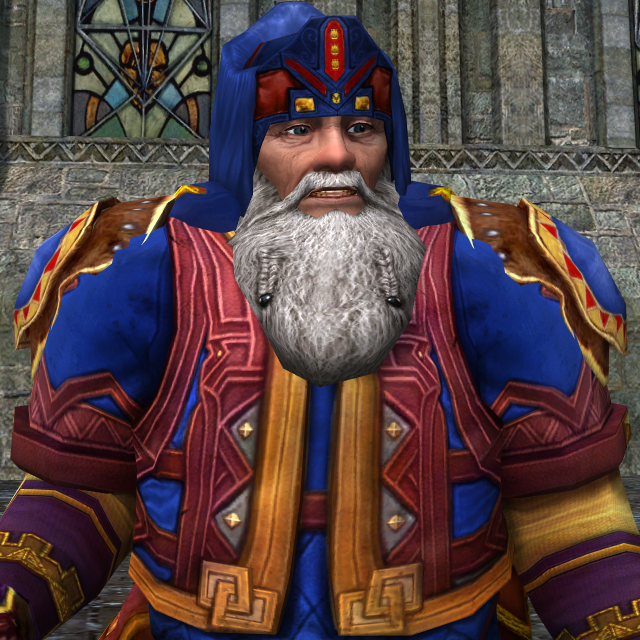 A king he was on carven throne
In many-pillared halls of stone
With golden roof and silver floor,
And runes of power upon the door.

Runes are characters used in writing that, because of their angular shapes, can be easily carved or etched into solid surfaces. Though invented by the Elves, this feature of the runes no doubt put them high in the esteem of the Dwarves, who loved to work with the materials of the earth such as stone and metal. The Dwarves modified the runes to suit their own secret language and used them ever after in their writings and engravings. But runes had uses beyond mere writing, for both Dwarves and Elves. Moon-letters were runes inscribed with silver pens, used to write secret messages that could only be read by the light of the moon. In the Song of Eärendil we are told of Eärendil that “his shining shield was scored with runes to ward all wounds and harm from him”. The doors of the many-pillared halls referred to in the Song of Durin were engraved with runes of power — perhaps these doors had virtues similar to those of the West-gate of Moria. It may even be that the reference in the song actually is to the Doors of Durin themselves, but I note that there are no runes — that is no cirth — on the Doors of Durin, but rather letters, tengwar. Either way, it is clear that inscribed words can carry power.

This old dwarf is well-respected among his people, for he is learned in the deep rune-lore. Like the well-known companion to the late Thorin Oakenshield, Ori, he can write speedily and well using both cirth and tengwar. But his true skill is in preparing the special engravings he places upon objects, particularly things of stone. By carving words of significance and portent on them, he allows the stone to speak, in a way; for the words of power, written on imperishable stone, can last to be read by those can for many generations. He wears a fine robe of quilted wool along with a waistcoat of tooled leather, and his cloak displays an image of the sun rising over warm-hued mountain peaks. The height of his tall cloth hat indicates his revered status as a dwarf of great learning. Suspended from his belt are leather satchels that contain the tools necessary to his craft: chisels and rifflers, small hammers, gravers, and burnishers. I love the rich colours of the Stone-hewer’s Robe, so I really wanted to use it in an outfit to show off how great it looks when dyed a contrasting colour like blue. On the other hand, I was disappointed when putting this outfit together that the special cosmetic rune-keeper satchels available from the LOTRO Store are still undyeable, being available only in turquoise (why turquoise?). I hope they get that sorted out sometime soon. It would also be great to see those satchels useable by non-rune-keepers, but the recent introduction of the Treasure Hunter’s Satchel, which is a back-slot item that displays on your character’s hip, makes me think that will be the route taken if we see more satchels introduced in the future.

Tips: The Silver-voice armour is the Minstrel Helegrod set. It is available in variants at levels 50 and 60, as is the Armour of the Aurochs, which is the Hunter Helegrod set. All pieces from both sets are available in a cosmetic version as well, available from the skirmish camp cosmetics vendor. If you don’t have access to the Silver-voice Helm, the Studier of the Watcher (quest reward — [50] Volume 2, Book 1, Chapter 15: The Watcher in the Water) is a good alternative. It has the same skin, just with a different dye pattern. Hats with the same skin can also sometimes be found as a world drop. When putting this outfit together, I found that a good alternative to Marchog-clog is the Linen Cloak (crafted — tailor T2), also dyed Evendim blue.