Fellowship of the Ring: Gimli 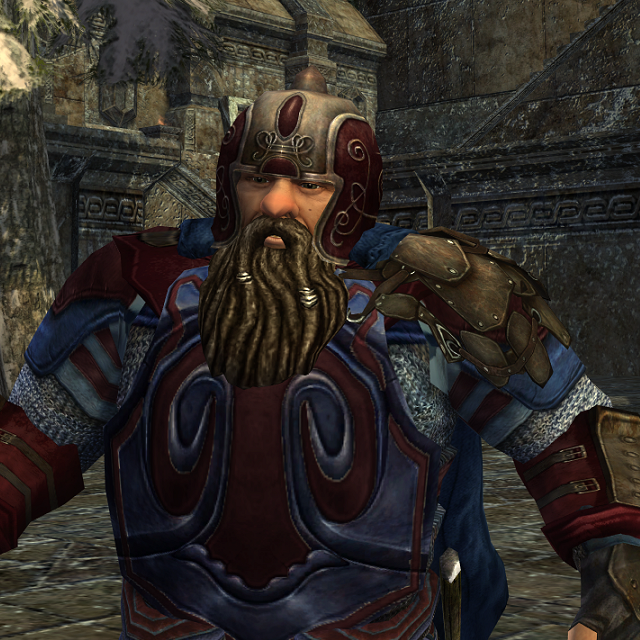 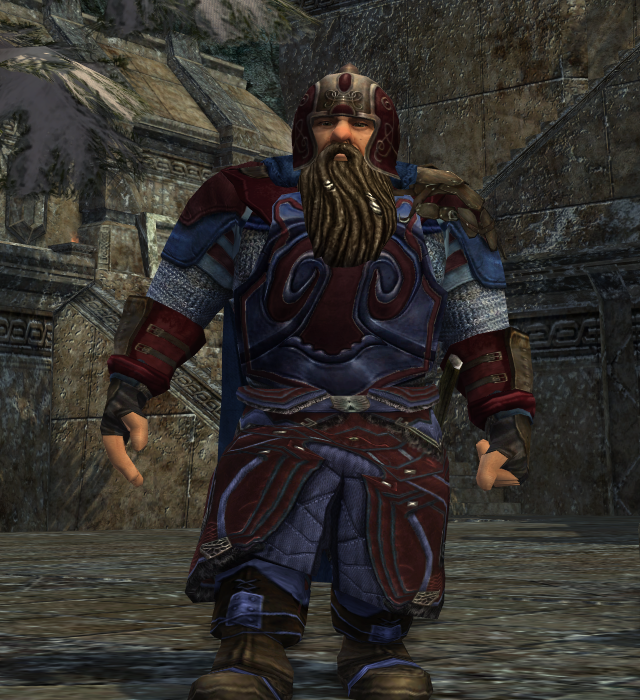 Late in the year of IIIA 3017, the Dwarves of Erebor had been approached by a messenger of Sauron seeking information concerning halflings and what the messenger described as a mere trifle, “the least of rings”. Of course the ring sought for by Sauron was none other than the One Ring, but the dwarves of Erebor did not know this. The messenger’s manner shifted from cajoling to ominously threatening, and the dwarves sued for time to consider their response. With time running out a year later, it was decided that a delegation should be sent to Rivendell to confer with Elrond on the matter. Among the members of this delegation were the lord Glóin and his son, Gimli. During the Council of Elrond, the dwarves shared their grim tidings, and Gimli was later appointed to the company of the Nine Walkers. A formidable warrior, he alone of the company openly wore armour: a finely-crafted “short shirt of steel-rings” for, we are told, “dwarves make light of burdens”; and he carried a “broad-bladed axe” tucked into his belt. Gimli must have been pleased to be selected as a member of the company, for he had wished to partake in the Quest of Erebor nearly eighty years earlier. At that time, he was young, only in his sixties, and was not allowed to join Thorin’s company. Now he sets out on a new quest, part of a different company, and yet part of the same tale — for the Great Tales never truly end. 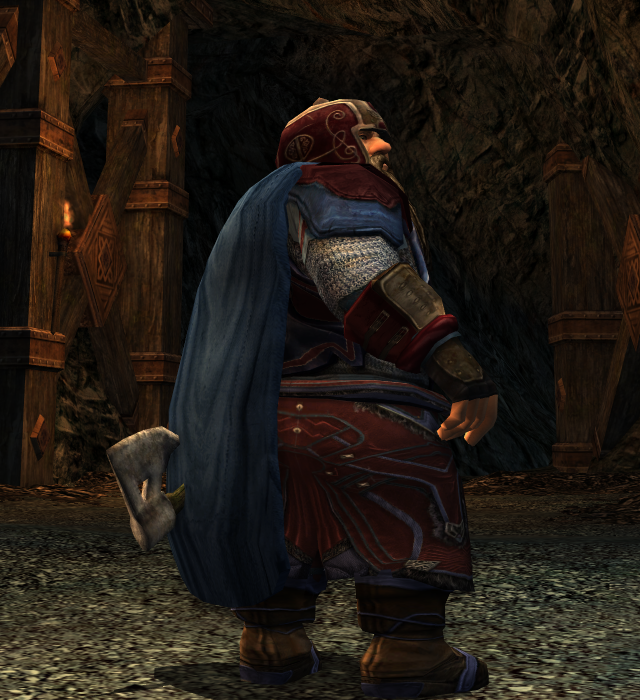 This outfit is the seventh in a collection of portraits based on the Fellowship of the Ring. As with most of my Fellowship collection (except Gandalf the Grey), I’ve tried to avoid letting the popular depictions of the character to influence my outfit design. In Gimli’s case, very little physical description is given in the text, so my imagination was free to run fairly wild. Since he alone of the company wore armour (openly), I had the opportunity to use some heavier-looking pieces. I’ve gone a bit beyond the description given in the book by giving Gimli a breastplate over a mail shirt, but as with my Strider outfit, I did it in the name of making an interesting otufit. And I must say I’m really pleased with the way this outfit turned out! I wanted to visually contrast Gimli’s outfit with the one I put together for Legolas; therefore the colour scheme for Gimli is composed of jewel tones, whereas Legolas’s pieces were all in earth tones. Thus, in addition to symbolising their initial mutual suspicion with the two opposing colour schemes, the scheme for Gimli might allude to skill as a craftsman, while Legolas’s was meant to highlight the elf’s skill as an outdoorsman. 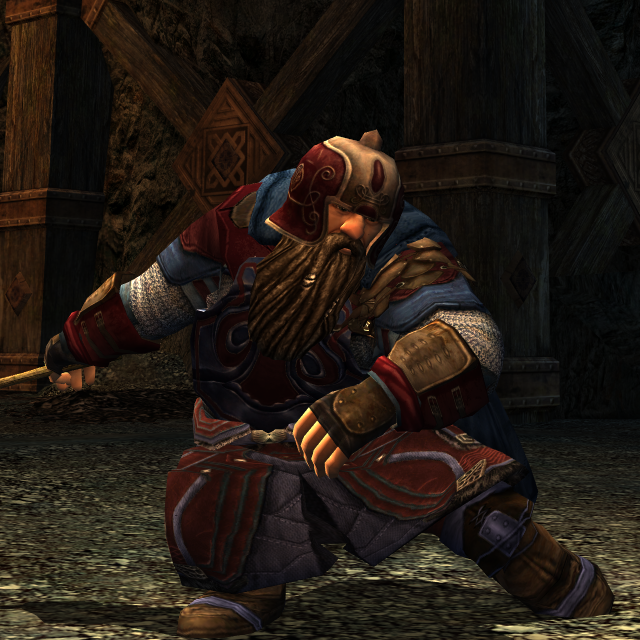 Tips: If you would like to bring a bit of the burgundy element of the colour scheme onto the cloak, and you don’t mind using a piece that isn’t particularly thematic to Gimli, an excellent alternative to the Worn Cloak of the Ranger is Wig-feld (looted — Rift of Nûrz Ghâshu/Thaurlach), dyed burgundy. A cosmetic version of Wig-feld is available from the LOTRO Store. If you do not have access to the shoulders or gloves used in this outfit, these items share their appearance with a number of Dunland quest rewards. The shoulders can also be obtained as Lynx-hide Shoulder Pads (bartered — Galtrev, Forthbrond or Grimbold’s Camp Rohirrim quatermaster/Riders of Théodred reputation). The leggings in this outfit have the same appearance as the leggings from the other level 58 Mines of Moria instance cluster light armour sets.

15 Responses to Fellowship of the Ring: Gimli