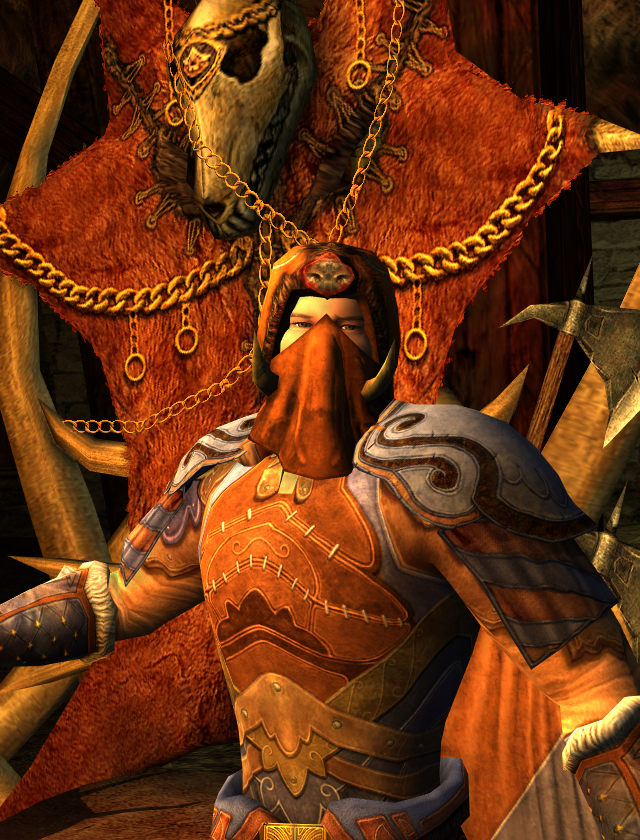 The Easterlings of the First Age were not the same people as the Easterlings of the Third Age. In the context of each of the first three Ages of Arda the term Easterling is vague, because it simply applies to any peoples who live east of the speaker. Thus, in the Third Age, ‘Easterling’ usually refers to those Men living east of Rhovanion, beyond the acquaintance of the Eldar and their allies. In the context of the First Age, however, ‘Easterling’ refers to Men living east of Ered Luin; that is, in Eriador. Long after the Edain came to Beleriand, some of these Easterlings, Men of the House of Ulfang, crossed Ered Luin and came down into Beleriand, where they swore fealty to the Elf-lord Caranthir, one of the sons of Fëanor. In return, they were granted lands in the March of Maedhros in which to dwell. But Ulfang and his sons were in league with Morgoth, and they betrayed the Eldar and the Edain during Nirnaeth Arnoediad, the Battle of Unnumbered Tears. As a result of Nirnaeth Arnoediad, Morgoth captured the realm of Hithlum from the Eldar and Edain and gave its rulership to an Easterling of the House of Ulfang named Brodda. Brodda usurped the lands of the hero Húrin and plundered the house of Húrin’s wife Morwen. By force he took to wife Aerin, one of Húrin’s kinswomen, and enslaved the Edain that remained in Dor-lómin. His treatment of the enslaved folk was oppressive and cruel. 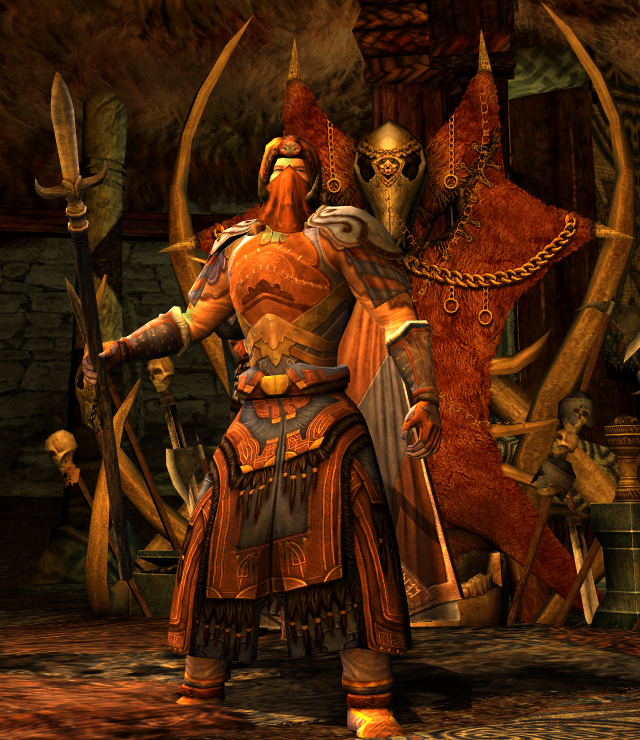 Brodda is seen here at his hall, enjoying the wages of his people’s treachery. Yet all the gifts of Morgoth prove evil, for Brodda and his people were denied the rich spoils of Beleriand, but were confined to the hard land of Hithlum, imprisoned just as surely as the remaining Edain. Like the other Easterlings of the First Age, Brodda is swarthier and shorter in stature than the Edain, and long and strong of arm. His attire is coarse but functional: a fur-trimmed skirt and a protective jacket of tough leather. While the Easterlings were said to wear “wolf hair upon their heads”, Brodda, as their chief, has an intimidating masked hood to set him apart. It is decorated with the tusks and snout of a wild boar, skewered by the cruelly barbed spear of Brodda himself. Brodda would not live long to appreciate his lordship or rue his incarceration, for he was slain by Túrin son of Húrin, when he returned to that land and learned of Brodda’s treatment of his mother Morwen.

I hope everyone enjoyed the ideas I presented for some possible Harvestmath guises over the last few weeks! I felt it’s now time to move back towards regular outfits and a return to my usual Wednesday posting schedule. Since most of my Harvestmath guises were more whimsical in nature, I was ready to go for a rough, wild, warrior’s look, and I took inspiration from the Easterlings of the First Age and the story of Brodda. I imagine the woman seen in this post’s banner to be Túrin’s aunt Aerin, wed against her will to Brodda. Sadly, the story does not end well for Aerin after Brodda’s death at Túrin’s hands. Knowing she would find no mercy from Brodda’s people, and unable to flee into the wild with Túrin, in hopelessness Aerin burned Brodda’s hall and herself within it — reminiscent of Signy burning herself to death in the hall of her own hated husband Siggeir in the Icelandic Völsungasaga.

For my first outfit now that Riders of Rohan is on the live servers, I decided to gently ease into using some of the new cosmetic pieces and chose this very nice cloak with its subtly violet-tinted grey sections. I tried to repeat this shade in various intensities throughout the other pieces of the outfit to create a harmonious blend. My favourite thing about the release of a new batch of cosmetics is to combine one or two of the new pieces with older pieces — I love the unexpected results this can achieve and for me it’s when I feel I’m at my most creative in terms of outfitting!

15 Responses to Brodda the Easterling