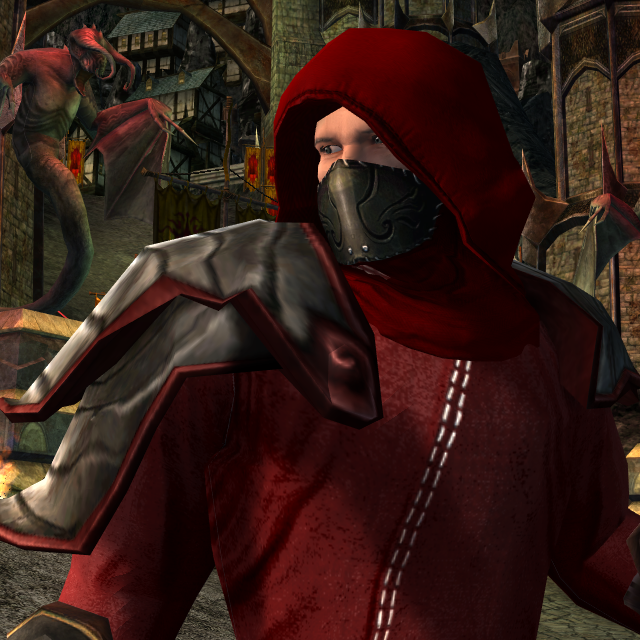 In the ancient days of the First Age, when the Sun arose for the first time, the Race of Men awakened and a Voice spoke in their hearts, telling of their making and their purpose in Arda. Men began to explore the world and make words, and they often asked the Voice for help, but the Voice did not answer, so that Men should discover Arda for themselves and become wise. But then a great and beautiful being came among Men and spoke to them of the Darkness, and Men listened to him for he was more forthcoming than the Voice. But they were deceived, for their guest was Morgoth in a fair guise. He filled the dark with fear and caused Men to turn away from the Voice, claiming that it wished to devour them. Morgoth commanded a fane be built in his honour that Men might worship him, and this was done. It is said that all Men then alive bowed at that dark shrine, and though in time most Men came to recognize and reject Morgoth, the Shadow therefore was upon them and all Men who came after them.

There are almost no examples of religious activity performed by the Free Peoples in The Lord of the Rings and throughout Tolkien’s writings. This was done very deliberately because although, as Tolkien explained in a letter (No. 142) to a Mr Robert Murray, The Lord of the Rings is “a fundamentally religious and Catholic work”, the story takes place in an ancient, pre-Christian age. To include depictions of religious practice would therefore either be in imitation of Christianity or incompatible with it. Instead, “the religious element is absorbed into the story and the symbolism”. It is suggested in several of Tolkien’s writings, however, that Morgoth and Sauron were worshiped by the Men under their sway. Causing the earliest Men to turn away from Ilúvatar was arguably Morgoth’s greatest act of evil. He presented himself as a god, or even as God, and even after Morgoth’s defeat, Sauron was able to gain the allegiance of his former master’s worshipers by perpetuating the pretense that Morgoth was a deity. At other times, Sauron portrayed himself as Morgoth returned, or even propounded himself as a divinity to be worshiped. Thus, cults of the Dark survived throughout the Second and Third Ages wherever Sauron held dominion. 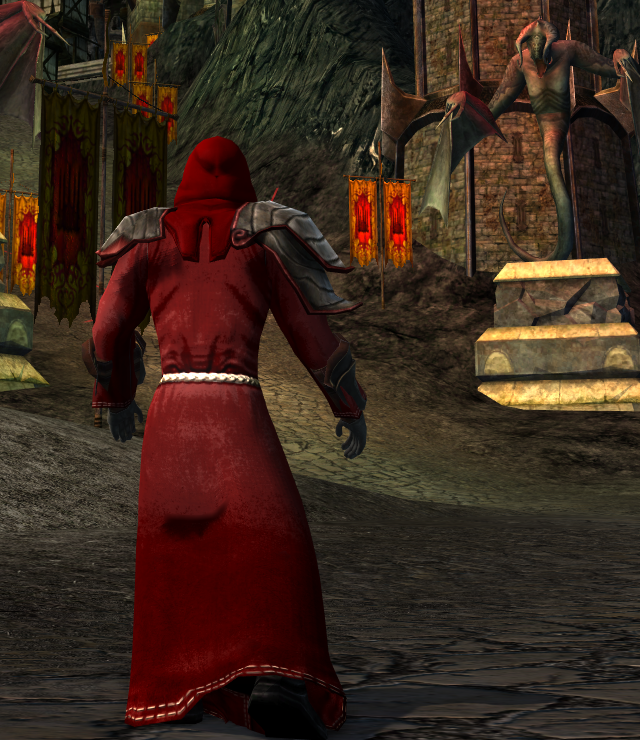 In Turbine’s interpretation of Middle-earth, the land of Angmar, deserted for centuries, has been repopulated as Sauron’s base of power in the North. Presumably, men from the southern and eastern lands under Sauron’s shadow, including a number of Black Númenóreans, have been brought north to rebuild Carn Dûm and serve alongside orcs and other creatures under the stewardship of the wraith Mordirith (whose character and story are, I think, very nice lore-extrapolation work on Turbine’s part). Many of the Angmarim (complete digression, but shouldn’t it properly be spelled Angmarrim, which would also change the stressed syllable?) that we encounter in-game seem to me to be cultists, as suggested both by their priest-like habits and their designations like “hymn-chanter” and so on. A few are even outright called “priests”. I thought that a crazed Morgoth-worshiping cultist, masked and robed in crimson, would make for a great Harvestmath Guise. 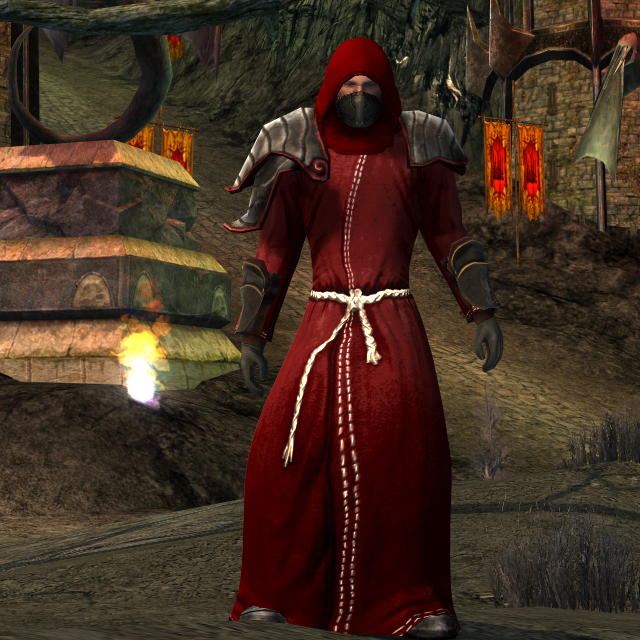 Tips: If you don’t have access to the quest that grants Ríanamath or you need a light version of the shield, pick up the Guardsman’s Light Shield of Adlan (bartered — skirmish camp light armour quartermaster/level 53).

Were-worm of
the Last Desert