The Original Outfit: Silvan Sentinel was among the first outfits I shared on the blog. I wanted to create an Elvish look that would give the impression of the more rustic culture of the Silvan Elves (Nandor) as compared to the Grey Elves (Sindar) or the Deep Elves (Noldor). I wanted a lightly-armoured feel, so I chose shoes instead of boots. The short sleeved chest piece was chosen because it fit the lightly-armoured feel and also emphasized one of the central features of the outfit, the interesting greyish-blue colour of the chest piece which matches with parts of the helm. 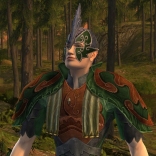 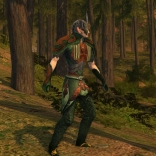 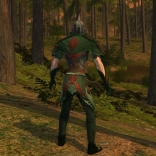 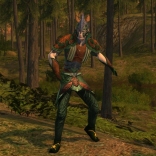 The Updated Outfit: When this outfit was first published, I was very pleased to receive some positive feedback from my fellow outfit bloggers, but (as is often the case) the star-rating widget tells a different story. Nevertheless, this remains one of my favourite outfits on the blog, and I decided to update it and make it more complete by adding a coordinating quiver. The gloves were swapped out for bracers, which further emphasize the bare arms. At the time that I made the original outfit, the shoes that I used were the only ones in the Elvish style that I had access to, but their bright golden detailing makes them unsuitable. In updating the outfit, though, I wanted to retain the idea of shoes rather than boots, so I experimented with the Dungeon Crawler’s Boots (which are in fact shoes) available from the Burglar Trainer in Ost Galadh. While they have a thin greyish-blue detail that nicely matches the chest and helm, I ultimately felt they were too brown, but not a warm enough brown to coordinate with the other brown elements in the outfit. Instead I opted for the boots seen in the screenshots, but if you like the idea of shoes, the Dungeon Crawler’s Boots are still a very good option.

What do you think? Does this archer-sentry’s updated look hit the bullseye or miss the mark? 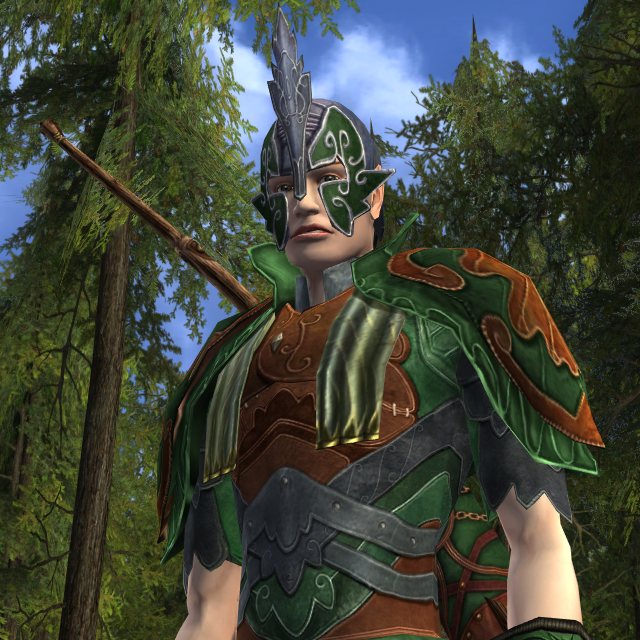 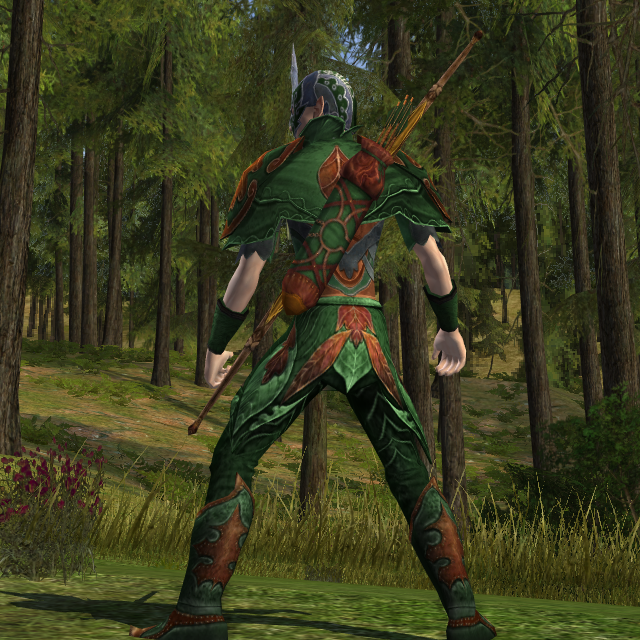 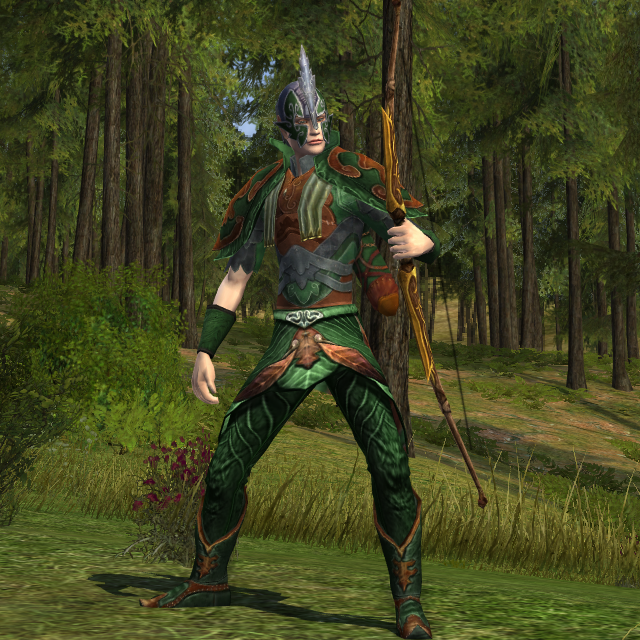