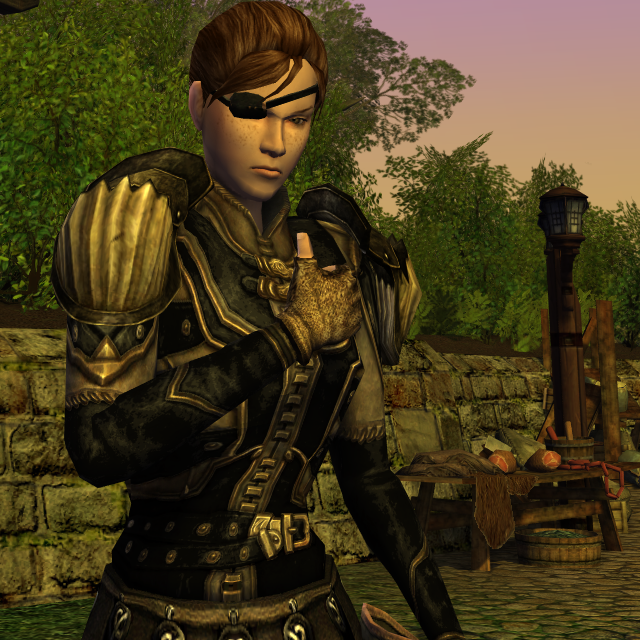 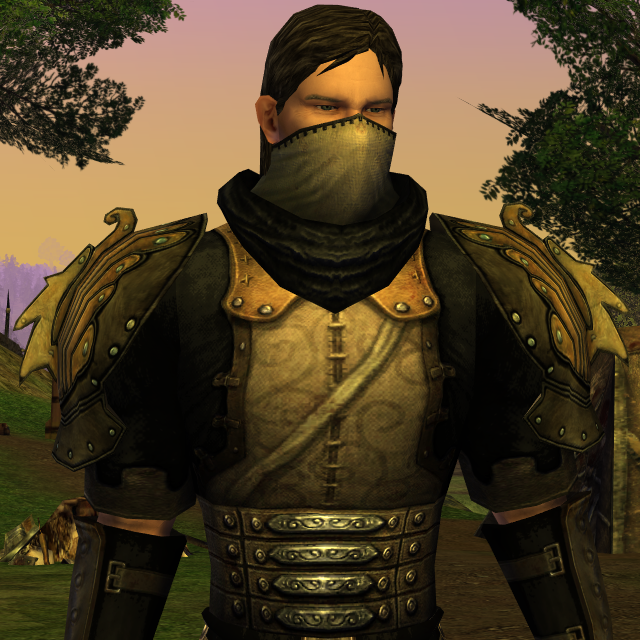 Late in the year in IIIA 3018, Men from the South began to appear in the Shire. Apparently they had been hired to assist Lotho Sackville-Baggins, who had become rather too rich for his own good selling pipeweed to Big Folk away south. He had bought up a lot of property in the Shire and become very influential. At first the ruffians seemed content to follow Lotho’s orders, but their regime became more and more oppressive and in the end even Lotho was powerless against them. It was then that the true master of the ruffians, Sharkey, came to the Shire, and things went from bad to worse.

These two ruffians are enjoying terroising the Shire-folk and living on the fruits of Hobbit-labour. Coarse and uncouth, they are of Dunlending stock, from clans that had long been in the service of Saruman, or Sharkey as they know him. They are clad in dark leathers made in mass quantity by drudges in the workshops of Isengard, and they each carry bags of spoils wrested from Hobbit-families, rich and poor alike. Word has come lately that members of the wretched Took clan have holed themselves up in their filthy tunnels beneath Tuckborough and have been emerging to shoot at the southerners with their little bows. Well, Sharkey won’t have it, and these two intend to teach the Shire-rats a lesson they won’t soon forget!

I felt it was time for another installment of “His and Hers”, this time with a decidedly evil twist. The dark, leathery look of the pieces in these outfits made me think of something perhaps mass-produced in Isengard and thus to think about the ruffians that Saruman employed to help ruin the Shire. While they’re unpleasant folk to be sure, I’m pleased with the way these outfits turned out as a matched pair, and I hope you enjoy them too! 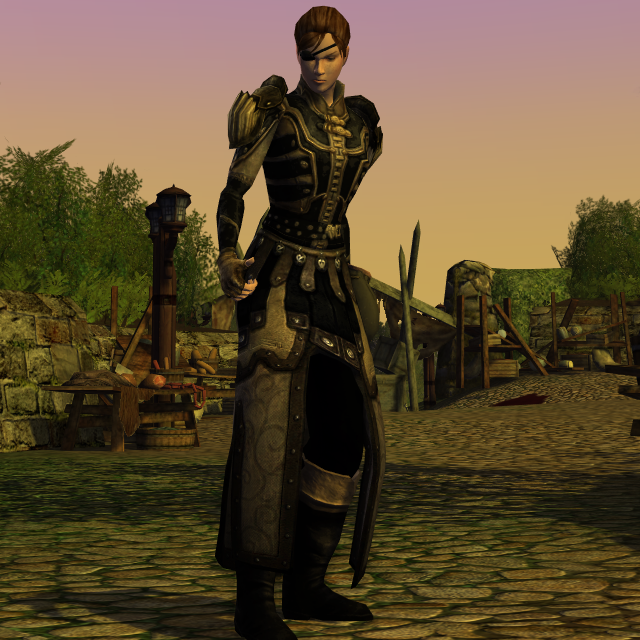 Tips: An alternative to the Black Corsair Eyepatch is the Mariner’s Eyepatch (bartered — Tale of the Shipwrecked Mariner quatermaster) available once a year during September’s “talk like a pirate” event. The boots in this outfit have the same appearance as several other Dunland quest rewards.

Tips: At the time of this writing, a ceremonial version of Taranc is available for purchase at Lalia’s Market. Fel-durnvol has the same appearance as several other Dunland quest rewards.